[Note: this is NOT original research. I just read the right book]

The famous double slit experiment is an unfathomably deep mystery, any number of people will tell you. People who should know. Experts.

Briefly, you shoot a beam of particles at a screen with vertical slits in it (maybe only two

slits) and when they hit a detector screen on the other side you get a diffraction pattern. As if the beam were waves instead of particles. Even when you send one particle at a time.

“I will take just this one experiment, which has been designed to contain all of the mystery of quantum mechanics, to put you up against the paradoxes and mysteries and peculiarities of nature one hundred per cent. Any other situation in quantum mechanics, it turns out, can always be explained by saying, ‘You remember the case of the experiment with the two holes? It’s the same thing’.”

The experiment has been  in the news again. Recently, the Scientific American reported that

Now, in a paper published Sept. 23 in the journal Nature Physics, an international team of researchers has caused a molecule made up of up to 2,000 atoms to occupy two places at the same time.

What actually happened was that a team managed  to successfully carry out the slit experiment with a beam of these huge molecules. Despite  their size, a diffraction pattern showed up (I don’t doubt the experiment).

What many don’t realize is that the double slit experiment (with particles), proposed by Feynman in 1963, was for decades only a thought experiment. Finally, in 2013, it was successfully performed with electrons. It’s easy to see why it took so long: the slits were 62 billionths of a meter apart.

Like everyone else I was absolutely baffled by this phenomenon. But I never bought the so-called explanations. I didn’t believe that particles are at the same time waves, or that particles are accompanied by waves, or that the particles clone themselves and are in two places at once to interfere with themselves. And I certainly didn’t believe the more outlandish ones, e.g. that the universe splits in two etc. 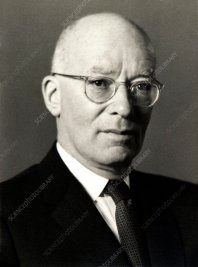 Anyway, one day I’m browsing in the physics shelves of Warwick University library and this book New Foundations of  Quantum Mechanics caught my eye. The author is Alfred Landé, one of the pioneers of quantum mechanics.

What about the two slit experiment? It turns out that there is a simple explanation using a well established but usually overlooked rule of quantum mechanics, namely Duane’s Law (I don’t know why Wikipedia calls it a “hypothesis”).

Classically, any amount of momentum is possible meaning the electron could head in any direction with straight ahead being most probable. But Duane’s Law says this is not what happens. 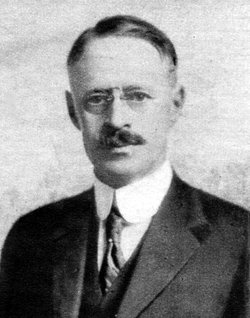 Duane’s Law says that if a body is periodic in space in a given direction then momentum exchanges in that direction are quantized. That means that the emerging electron is more likely to go in certain directions than in others, depending on how many quanta of sideways momentum are exchanged. Guess what? When a stream of electrons is sent through, a ‘diffraction’ pattern results.

Duane and Landé, and others after them, have worked out the details and the pattern is quantitatively exactly what you get from a wave model. Duane and Landé have explained the slit experiment without resort to guide waves, wave particle duality, or multiple universes. Or to bodies being in two places at once.

In fact, I regard the slit experiments as experimental confirmation of Duane’s law.

Admittedly there’s still a bit of mystery left. How does periodicity in space quantize momentum (I think if it as a sort of resonance phenomenon). But it’s hardly an impenetrable, soul searing mystery that makes you question reality itself.

So how come hardly anybody knows about this? Landé himself asked this question. He called it a “closely guarded secret” and said he’s searched through the works of Bohr, Dirac, Pauli, and many others and found not a trace. It is inconceivable that Feynman didn’t know about Duane.

Duane’s become a nonperson. Possibly, Landé is wrong about something and everybody knows. But I’ve never seen a rebuttal; just silence. Recently Anil Ananthaswamy published a whole book, Through Two Doors at Once, about the two slit experiment, the experiment that “captures the enigma of our quantum reality”. Neither Duane nor Landê are mentioned; their names are not in the index.

One can only speculate why Duane’s explanation is such a secret … but it has two consequences. (1) it makes scientists seem superhuman, able to work with contradictory models and somehow know which to choose in a particular situation; and (2) it sends the message that ordinary people with ordinary, finite, rational brains, can’t grasp science any more. So don’t even try.

I can see that this narrative suits certain elite sectors of the population. Widespread knowledge of the Duane/Landé explanation  would let the air out of quite a few tires. So it ain’t gonna happen (despite this post).

What about the rest of QM? There are many more phenomena that are on the face of it mysterious. I don’t have explanations for all of them but I believe they can all eventually be cleared up. I think Feynman was (ironically) correct when he said

Any other situation in quantum mechanics, it turns out, can always be explained by saying, ‘You remember the case of the experiment with the two holes? It’s the same thing’