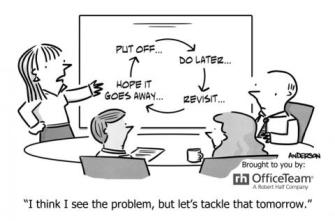 Whenever you want to do something, there’s always someone who says there’s something else you have to do first.

I remember when I was a precocious kid (grade 8 I think) I wanted to find out  what relativity was about. I got a book from the Penticton public library but no luck: it started with frames of reference with a lot of algebra. (In math class we were doing percentage). I taught myself algebra but it still didn’t make much sense. Worse, for general relativity (A) you needed tensors (B) for which you needed calculus (B’) for which you need algebra (B”). It seemed it would take years before I was ‘ready’ to understand relativity and so I gave up.

(In fact it is possible to explain relativity without mathematical machinery but I’ll leave this till another time.)

That was not an accident; our whole educational system is based on B before A. Here’s a typical scenario: start of September, a new PhD student comes to see me, eager to start research. But … there’s these grad courses she has to take, and has to do well in. Best not to start any projects. So I end up saying the equivalent of “welcome to the program, see you in June”. Depressing.

Suppose she’s really keen on data mining. There’s even a course on data mining. But she can’t take it – prerequisites. She has to take, say, the advanced database course first.

My dad had a B-before-A experience that became a standing family joke. This was a long time ago but we still laugh about it. Pierre Burton, a very popular Canadian author at the time, had just written a book – I believe it was The Comfortable Pew, a mild critique of the establishment churches. My dad wanted to take a look at it so he dropped by the (same) Penticton public library and asked for it.

The librarian was indignant. “You don’t just walk in off the street” she said, “and ask for a book like that”.

My daughter had a B-before-A experience that is still painful to recall.

When she was still little (maybe 8) she decided she wanted to play the drums, and we agreed we should encourage her. We asked around and some people said, hold on, first she should learn music theory and maybe a bit of piano. Hmm. You don’t just pick up some drumsticks and start banging away …

Luckily, I asked a colleague who is also a professional drummer and he said, let her start with drums, learning theory as needed. Sounded good.

In fact my colleague’s advice was a special case of an alternative to the B-before-A anti-pattern. That is, first you do a bit of A until you need some B. You do just enough B, then more A, till you need more B, and so on. Call it the a-b-a-b pattern.

So I took my daughter down to the music store and luckily for us there was an actual child size drum kit on display. Furthermore you could lease it (after all who knows how long the passion for drumming would last). I was ready to sign up when I remembered we were about to take a trip to California. “Sweetheart” I said, “when we get back from our trip (B) we’ll get the drums (A)”. Big frown.

You know what happened. When we got back, the kit was gone. As we were walking back to the car, my little girl burst into tears.

Father of the year!

I am a retired Professor in Computer Science at UVic.
View all posts by Bill Wadge →
This entry was posted in musings. Bookmark the permalink.

1 Response to B before A